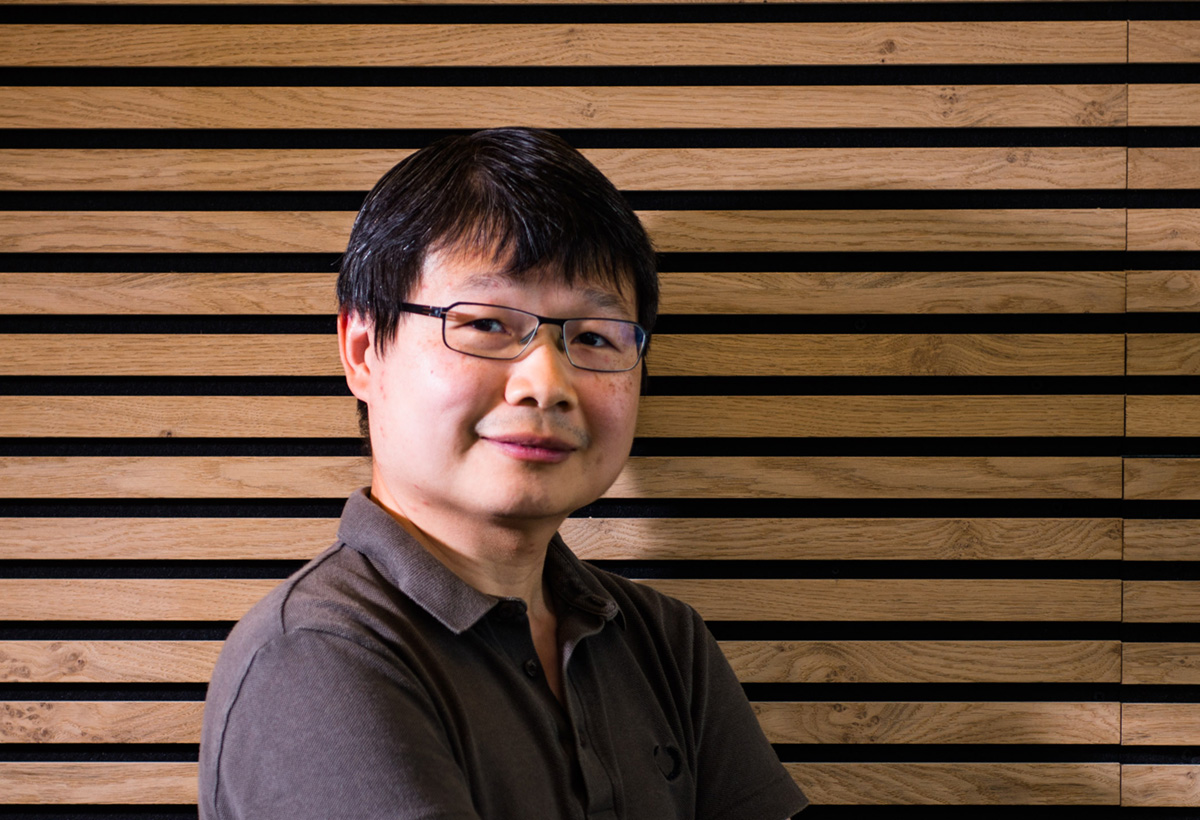 YEE HONG TAN IS AN UNASHAMED CITY BOY. No escape to the rural rides for him – unless he has his satellite receiver to hand. Connectivity must be constant on Earth, while his head is often in space. It is a habit he acquired at Surrey University in the UK, where he sought to satisfy his lifelong love of electronics and engineering at a top-ranked school, culminating in a scholarship for his master’s degree.

He soon became fascinated by something bigger – the multi-faceted field of satellite engineering: the university is home to the country’s largest academic institution for space engineering research in the UK. His first professional role was at Inmarsat, operator of one of the world’s most diverse mobile telecoms networks and owner of a wide portfolio of spectrum. Before Hanwha Phasor caught his eye, Inmarsat’s melting pot of international talent sustained his interest for 22 years.

IT STARTED WITH SOMETHING LIKE A DIAL-UP CONNECTION. “It was an improvement on a product for shipowners. Instead of setting up a connection, paid for regardless of whether used or not, shipowners had the option of paying only for the data actually used.” At 64 Kb, it was fast – at least, at the time.

“I get a lot of satisfaction knowing that passengers can turn on their mobile phones above 10,000 feet and get Wi-Fi”

But his career really took off with regional BGAN (Broadband Global Area Network), a revolutionary satcom terminal development providing 128 kbps up-and-downlink. The ‘comms on the pause’ (portable) terminal with a flat panel antenna was probably the only commercial land-based terminal of this throughput weighing less than three kilos on the market.

Then global BGAN landed. Tan was heavily involved in the development, verification and qualification of the land and maritime terminals for this $1.5 billion implementation. The satellite system targeted the land market initially but found its natural home in maritime and aviation, today dominating the satellite mobile market as FleetBroadband and SwiftBroadband.

Tan moved on to an early study of the next generation Inmarsat-5 satellite constellation service, comparing offerings from different Ku-/Ka-band systems. It was interesting enough work but paled into insignificance compared with the challenging interference mitigation project that came to dominate his work life for six years.

EchoStar wanted to use Inmarsat’s frequency for terrestrial mobile phone use on the US landmass but the proposed network would be very close to GPS frequency, running the risk of jamming receivers on the ground – and Inmarsat’s own terminals. Tan led the terminal development team whose efforts would mitigate this jamming effect, particularly critical for the US coastguard and US military. All Inmarsat maritime L-band terminals had to be redesigned for interference resilience, with Tan negotiating eight multi-million dollar contracts with international Inmarsat terminal manufacturers.

“Of all the players, Tan has chosen us, believing our technology has the greatest potential in enterprise applications”

Next up for Tan was a development encompassing yet another massive jump in bandwidth and a challenging new frequency – the Global Xpress Ka-band system involving maritime test vessels. He managed multiple ship terminal installation logistics, while project managing the Global Xpress land terminal development involving four manufacturers based in US and Europe. Global Xpress dishes continue to be installed in their hundreds each month.

Tan moved on to the EAN (European Aviation Network) air-to-ground network, a little bit less broadband than the highs of Ka but this combined satellite and 4G air-to-ground network was a real prize: a challenging aero terminal implementation. The system enabled the use of Wi-Fi internet in aircraft and has been retrofitted to most IAG aircraft flying European routes.

AS ENGINEERING AUTHORITY FOR EAN SATELLITE LINK BUDGET ANALYSIS and satellite link optimisation, Tan delivered a complete end-to-end system including the gateway and terminal and onerous aircraft certification despite interference challenges. “There were many S-band interference sources. In the end, we had to fly an aircraft all over Europe to find out where it was coming from.” There were external pressures, too. The EU was keen to see Inmarsat make use of the spectrum it had granted and so OFCOM, the UK’s communications regulator, was never far away in ‘encouraging’ development. “I get a lot of satisfaction knowing that passengers can turn on their mobile phones above 10,000 feet and get a Wi-Fi connection.”

“I wanted to influence the evolution of technology ─ and a business on firm financial foundations. I feel energised”

A MOUNTAIN CONQUERED, HE RETURNED TO BASECAMP: an upgrade of his old friend BGAN and next generation Global Xpress work. He was selecting, developing and integrating transceivers, modems and antennas for Inmarsat GEO and new HEO satellites. However, it was time for a complete change and a new challenge.

He had met all Hanwha Phasor’s competitors, largely in the course of their seeking business with Inmarsat. “As they were selling and I was potentially buying, they were on their best behaviour,” he laughs. Yet of all the players in our field, Tan has chosen us, believing that our technology has the greatest potential in enterprise applications.

And the Hanwha Systems connection was important. As this Master of Business Administration observes: “I wanted more than a start-up working on an exit strategy. I wanted the opportunity to influence not only the evolution of technology but the evolution of a business on firm financial foundations. I feel energised.”

Yee Hong Tan was awarded a First-Class Honours degree in Electronic & Electrical Engineering at Surrey University, winning a scholarship from Surrey Satellite Technology to fund his Masters in Satellite Engineering, again at Surrey. As top student in his final year, Tan was awarded The Smith System Engineering Prize. Tan received his executive MBA from the Bayes (formerly Cass) Business School.