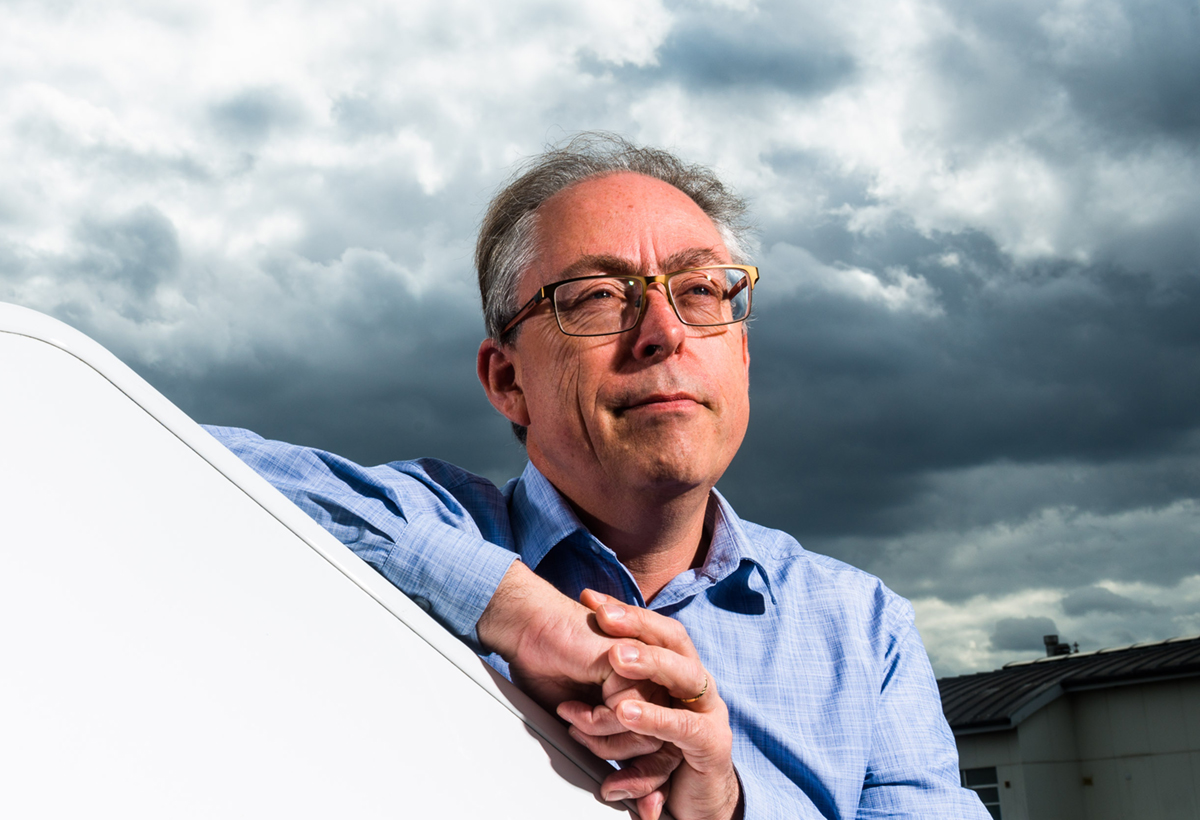 Member of the Royal Aeronautical Society

SATCOM RUNS THROUGH MILLS’ CAREER LIKE A STICK OF SEASIDE ROCK. “I have a good feel for what customers need, having been one, and what it is they are building – whole ecosystems. You must fit into ‘their thing’ and figure out what that means to you. I like to think that I know how to work with them and agree things like the standards, which really matter. I have had a lot of fun ironing out problems in a lot of satellite terminals. I want to bring the value of that experience to Hanwha Phasor.”

He moved into Global Communications, becoming Technical Design Authority for the first major VSAT network in the UK for 1000 retail sites for the Argyll Group private data network.

With a hankering to travel, he moved to the Netherlands as Head of Operations for Unisource Satellite Services. There, he was responsible for VSAT satellite networks operated from Burum Earth Station co-located with Station 12 Inmarsat operations, for customers including the Dutch Army’s satellite network in the Balkans and the Ministry of Foreign Affairs’ worldwide satellite network for embassies.

At Hughes Network Systems in the UK, he occupied a wide-ranging role that saw him providing pre-sales technical consultancy, preparing proposals for a wide range of commercial and military customers, and developing market segment-specific offerings for internet access products. He developed the first two-way internet access distributorship long before Inmarsat, Eutelsat, ViaSat and others. Bentley Walker, world leaders in satellite broadband internet and Europe’s largest re-seller of satellite internet equipment, was a key customer.

At Paradigm Services, he worked in its ‘New Services’ group, project managing the installation and commissioning of commercial Earth station facilities while consulting on all aspects of satellite transmission and VSAT network design.

He moved to Toulouse for Astrium Commercial Satcom Solutions, which grew rapidly from its first project in French military welfare services, before entering the GSM backhaul, internet backbone and internet access teleport services. Mills was involved in extensive engineering work to learn how to use and optimise all of them.

Back to the UK again, still with Astrium, he worked in Government Communications, responsible for airborne communications technology within the Innovations team, which included a wide range of R & D projects directed at Skynet 5 military customers.

As Astrium morphed into Airbus, Mills became Head of Service Engineering– for the Airbus “Network for the Sky” team, covering satellite, radio and laser communications. This included new technology to support Airbus in expanding its airborne communications offering – and the start of his acquaintance with Hanwha Phasor antecedent Phasor Solutions when it was based at the Royal Institution.

“The team has figured out some very, very tricky engineering problems”

“I thought its array was pretty interesting technology with stuff you could not do with other antennas – the conformability with an aircraft skin, the shallow form factor. Great for the military who were fed up with antennas functioning wonderfully as enemy target practice and, of course, for fuel conservation. All this is still compelling.”

Of course, in those days, when Phasor Solutions was offering a ‘disruptive’ technology, he advised Airbus “to kick the tyres as there will be adventures and problems.”

After many years in corporations, Mills was looking for something different and joined the flat panel antenna start-up All.Space for a year as Director of Terminal Management before consulting for satcom design house, systems engineering and consultancy group e2E Services, embedded at Inmarsat working on a Skynet 6 operations bid.

JUST BEFORE MILLS JOINED HANWHA PHASOR, HE WAS SOMEWHAT ELATED, having helped complete a 4,000-page bid fully aligned with UK Ministry of Defence system engineering and project management standards. “Big aerospace engineering process” is something he is very well practiced in, which is why his understanding of aerospace certification is as deep as his grasp of satcom and how it has developed. More recently, Mills triumphed at the preliminary design review for Hanwha Phasor’s aero variant, praised for his technical grasp of all aspects of this challenging programme.

Mills’ approach to delivery is straightforward. “You’ve got to understand what a customer wants from your product and get your technical requirements clear — you need to know what success is, right?

“And you can’t lose focus on fundamentals like, say, power efficiency and performance – those few key parameters that people will look at on a data sheet and behind which is a shed load of work on the detail. So, working through that and doing it via proper process is key.“

On motivation, he is clear. “You must measure your achievement in steps. Some people do not like process but if you get to a given stage – review or test – and we can say we have done that, it is very powerful and goes some way to making sure people do not become overwhelmed.

“You can’t lose focus on fundamentals like, say, power efficiency and performance”

“And it helps if you bring customers on board early on to get the benefit of feedback.“

First and foremost, however, you need skilled people. Mills concludes: “The team has figured out some very, very tricky engineering problems. They are really streets ahead of the competition, despite all the noise in the sector. That’s why the business is working from a position of strength as we move through our aero programme. I’m confident that in a financially stable environment, with all due process in place, Hanwha Phasor will scale the heights and become the world’s best mobile satcom phased array —and I want to play my part in making that happen.”

After 30 or so years in satellite systems design, test and integration, his career seems to have come full circle. He was a sponsored student in the first year of his engineering sandwich course at York University at the Marconi Research Centre in the mid-1980s. Now it is known as the Chelmsford Technology Park in Great Baddow ─ the site on which Hanwha Phasor regularly conducts its far-field tests.