How ‘so simple’ turned into billions of dollars 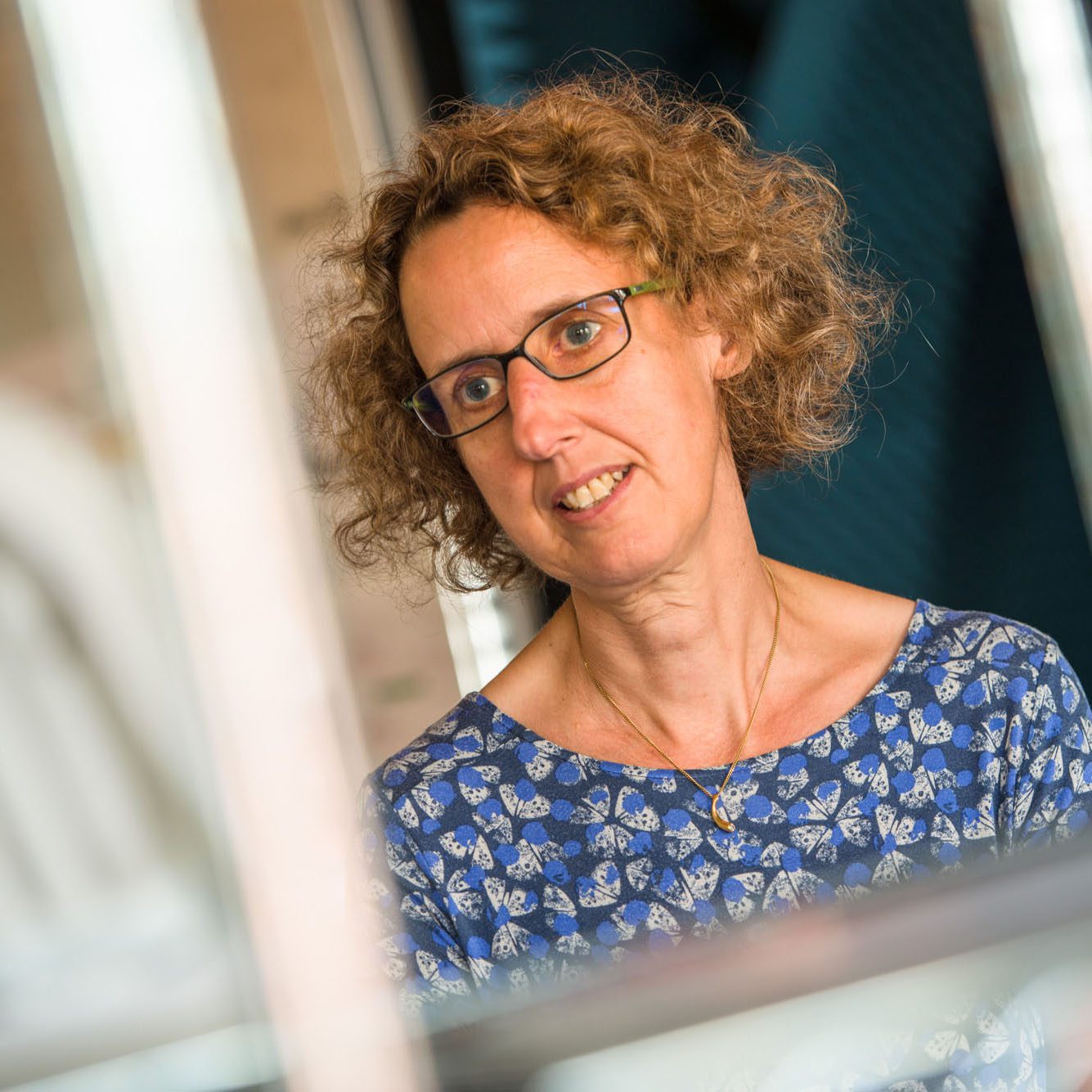 With two patents for what became foundational 5G technologies to her name, Fiona Wilson joined Hanwha Phasor to help fast-track the future of satcom. “Breakthroughs are about looking sideways,” she says. “If you can throw new light, the shadows move and you can see a way through.”

In 2007, many believed that beamforming was an inefficient approach to wireless communication. “People said it causes lots of overheads – you waste all your array capacity signalling to every beam,” explains Head of Systems Design/System Design Authority Fiona Wilson.

She was then managing small, advanced research teams to develop spatial processing strategy for telecom networks giant Nortel. “But the work we’d done on beamformers for military applications gave us a different angle,” says Wilson, whose flair for innovation is rooted in her ability to take insights from one field and plant them in another. “The answer to the beamforming puzzle seemed so simple. Don’t signal to each beam – because that’s repetitive and wasteful.”

Wilson developed a method allowing control signalling to be shared at a high level across just one sector of each base station, cutting repetition of the underlying beams and freeing up capacity for ever-hungry users to exchange more data. “We didn’t know it when we filed the patent,” she says modestly, “but that simple idea became important for 4G and even more so for 5G.”

Among the thousands of patents filed by Nortel, the technology is one of just 46 standards-essential patents for mobile telecoms networks, the jewels in Nortel’s legacy patent portfolio which sold for $4.5 billion in 2011.

The beam of opportunity

“Satcom is moving very fast and Hanwha Phasor is now at that most exciting moment of growth. We have developed an innovative technology with a strong competitive edge. We’re in a nascent market about to grow exponentially. We’re close to our first product launch but there’s so much more we can do to improve performance.”

One area where Wilson sees opportunity is combining signals from multiple satellites. “‘Make-before-break’ is 2G tech,” she says. “It’s very wasteful of power and bandwidth. I think we can bring something else from the work I’ve done for 5G to create a better solution.”

“Our interest was the network as a whole. My question was could we use these array techniques to improve data rate for everybody on the network?” 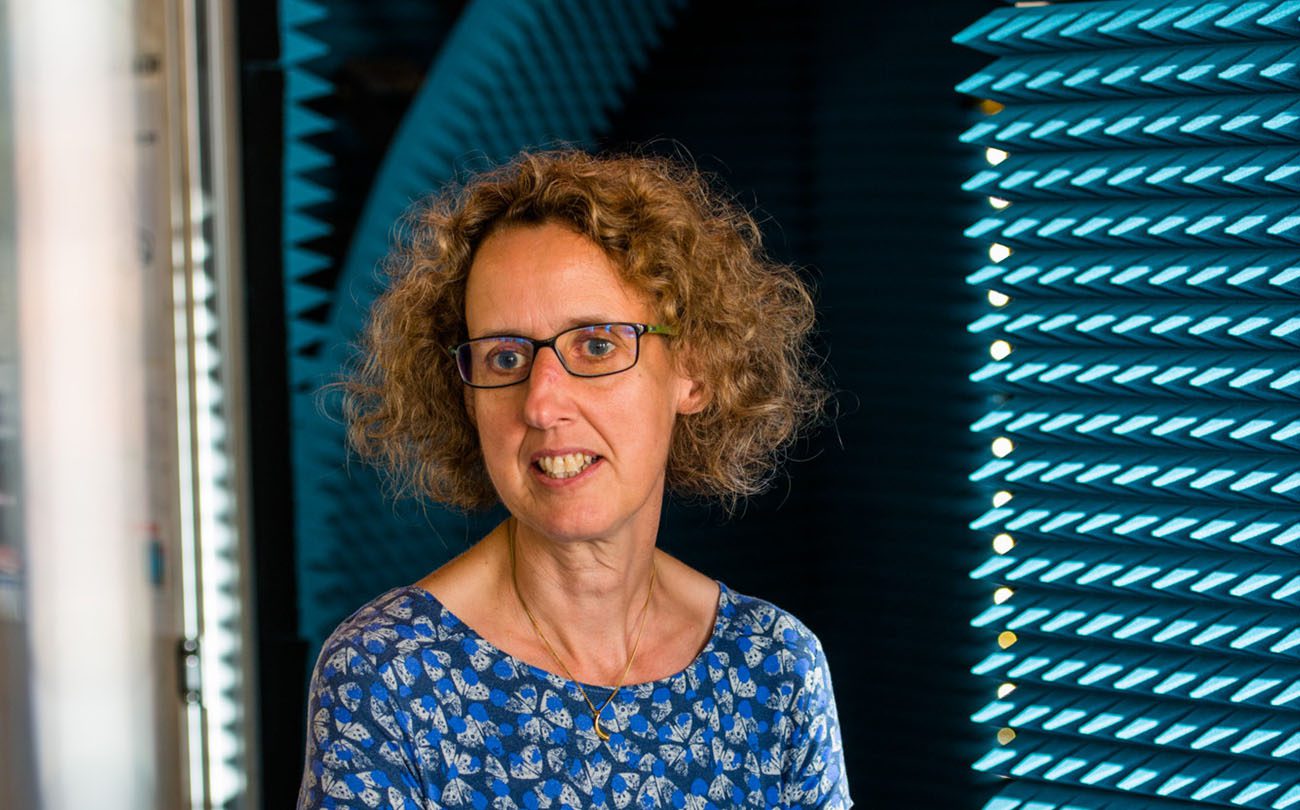 Wilson has an impressive track record in this area too.

About 12 years ago, she was exploring how to coordinate arrays from different base stations to improve capacity and edge-of-cell coverage – the grey areas where users aren’t connected well through either station.

“For years, my team had been measuring propagation characteristics of networks to explore capacity and coverage improvements. We were closely following the academic research into the highly mathematical technique of multiple input/multiple output (MIMO) protocols.”

“I’ve been in scale-up businesses before. It’s a privilege to put that learning to work here and smooth the path ahead for such promising technology”

The answer was a resounding yes: the technology Wilson developed based on the idea is currently being rolled out at the heart of 5G. It was her second patent to be designated standards essential.

“I’m now wondering whether we do something similar for satcom,” grins Wilson. “Can we make use of multiple satellite connections simultaneously to get much greater throughput?”

This way of thinking is deeply rooted in Hanwha Phasor’s culture.

After Nortel, Wilson joined AceAxis, the cell-site equipment innovator, where her determination and creativity was piqued again.

“One of our senior execs had been chatting to antenna industry people about PIM [Passive Intermodulation] distortion, which was an increasingly serious and tricky problem in 4G/5G systems. He was convinced our competitors had a ‘magic’ way of cancelling PIM, removing it from the signal. Why didn’t we have such technology?”

Wilson and colleagues had a hard time even imagining this possibility but they stuck at it and eventually devised a highly complex digital signal solution. After some years in development, it came to market.

“… multiple simultaneous connections between people of different backgrounds and disciplines result in much greater throughput of ideas, different ways of doing things, innovations”

“To say we left the competition standing would be an understatement. No one had anything like it.” And the original company who’d claimed they had done it years ago? “They had nothing. That senior executive who had thrown down the gauntlet to us had not understood the original discussion, proving that even misunderstandings can be the mother of invention.”

“When I came to Hanwha Phasor for interview, I could feel a sense of warmth, of openness and eagerness. The strong collaborative spirit was immediately apparent. When I joined, I found that as in my earlier career, multiple simultaneous connections between people of different backgrounds and disciplines result in much greater throughput of ideas, different ways of doing things, innovations.”

With the business growing fast, her first task has been to reinforce the technology development with better systems and processes across the board.

“I’ve been in scale-up businesses before. When you get to a certain size, you need rigorous systems so everyone is connected with the thread of development – how the technology has evolved, where it is at any given moment and what’s next. It’s a privilege to put that learning to work here at Hanwha Phasor and smooth the path ahead for such promising technology.”

As Wilson helps the business mature, she will be on the lookout for connections and cross-currents with her 20 years’ experience in interference detection and mitigation, beamforming, MIMO and scheduling techniques. The sparks are already starting to fly.

“In the past, looking sideways helped me question the status quo and find ‘simple’,” she says with a glimmer in her eye, “I came to Hanwha Phasor because I think we can do it again here.”