How we got here

In the beginning was an ASIC – the application-specific integrated circuit at the heart of our re-engineered electronically-steered phased array – the world’s first solid-state, enterprise-grade antenna for satellite communications on the move.

It was inspired by a discussion between a group of British engineering entrepreneurs about the feasibility of satellite communications connectivity on trains. Unsurprisingly, mechanically-steered parabolic dishes weren’t up to the task.

The essential requirements were, of course, an antenna profile low enough to slide under bridges and tunnels; the agility needed to track a satellite accurately from a moving platform; and the power to connect to the furthest geostationary (GEO) satellite.

This clearly indicated a novel digital solution using an active electronically- steered antenna (AESA). Its miniaturised design would have to be very different from its predominantly military predecessors which struggled to scale up at high frequencies – weighed down as they were by multiple circuit boards, cards and components – and whose economics were impossible in commercial applications.

The problem of the inevitable heat dissipation arising from dense electronics suggested the highly inventive technology approach that underpins our ultra-low profile, six-module ‘M6’ technology demonstrator: analogue beamforming at baseband, with some digital control, doing away entirely with the need for power-hungry digital-to-analogue converters.

Many innovative features have followed from this initial development. Patents registering essential intellectual property have been filed internationally and include our closed-loop tracking process; beam alignment to any satellite transmitting a unique code (especially important for low-Earth-orbiting constellations); and a distributed array concept. Further patents are pending and more are planned. 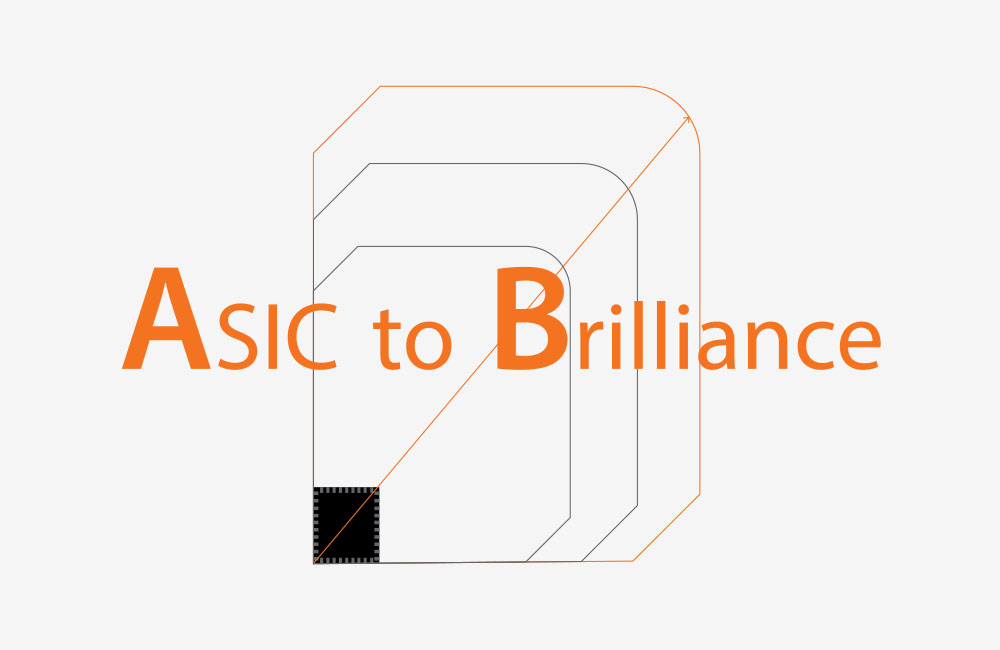 It became clear, early on, that building a business on a revolutionary ASIC alone would be like marketing petrol before cars were invented. It needed to be integrated into a fully-fledged antenna – designed for digital.

While founded in 2005, Phasor Solutions started out in earnest at London’s Royal Institution in 2010, an appropriate backdrop for the new company’s ingenious approach to developing its antenna’s form and efficacy. Successive funding rounds and support from multiple industry partners enabled it to develop and demonstrate its technology until it went into administration in March 2020 as the impending pandemic dented investor confidence.

Where we are today

Each day at our far-field site in Essex, England, Hanwha Phasor routinely carries out successful over-the-air tests of the “M6” pre-production technology demonstrator. This is a vehicle for systems integration and feature development and the improvement of resilience across frequency and bandwidth despite platform dynamics. This includes beam forming and steering, RF performance, modem integration, electro-mechanical performance and software interface and control.

Since the M6 was conceived in the Phasor Solutions era, bandwidth requirements have increased dramatically. Hanwha Phasor’s new build-standard product, which is targeting aero initially, closely followed by a land variant, will involve adapting the architecture of its existing design. The phased array, which can be conformed to an aircraft’s skin, is now based on analogue beam forming and intelligent, standalone tiles. This will ensure bandwidth requirements can be met well into the era of low-Earth orbiting satellites.

Algorithms for scalability, plus the systems integration, feature development and resilience work, will be carried over from the M6 technology demonstrator into the new build standard. Its ASIC capability will be massively expanded, substantively improving our phased array performance without increasing the antenna’s footprint. This will be multi-beam for communications on the move, including ‘make-before-break’ operation; have a standard GUI interface; be modem agnostic (interoperable); and multi-orbit – GEO, LEO, MEO.

The design will be configurable to meet customer link budgets precisely and offers trade-off opportunities between higher RF performance and lower power consumption.

The M6 technology demonstrator will be available in March 2023 for ground-based operation.

Hanwha Phasor’s initial build-standard product will be available for flight trials at the end of 2024.

Shipping will commence in 2025.

Hanwha systems has boosted the growth of the new Hanwha Phasor antenna business, recruiting the best to build on its existing team, investing in new equipment and facilities and strengthening processes, systems and disciplines.

We are no longer starting out but scaling up. As Hanwha Phasor, we have opened an ASIC design centre in Cambridge, UK to spearhead its core technology; enlarged and enhanced our advanced central London laboratory and near-field test and integration facilities; and extended the capability of our far-field range and ground station at the historic research site in Chelmsford, Essex, UK (where radar was pioneered during World War II); and continues to expand our workforce across all engineering disciplines, operations and supply chain, programme management and support functions.

Hanwha Phasor’s full development lifecycle test capability is unmatched in the solid-state flat panel antenna sector and equips us to enter the market with arrays of dependable high quality.

Hanwha Phasor has invested substantially in an industrial engineering and strategic supply chain team to enable production to be ramped up across all its technology components. A partnership with Tier 1 global contract electronic manufacturer Plexus has been secured while the business has been working with the world’s best integrated circuit foundries for some time.

Hanwha Phasor, the original disruptor in ultra-low profile, high-gain satellite comms-on-the move connectivity, is firmly on track. It is ready to partner with systems integrators and service providers who will benefit from a well-resourced product roadmap – and the deep reserves of experience needed to deliver it.

Contact us here to de-risk your LEO service with us.