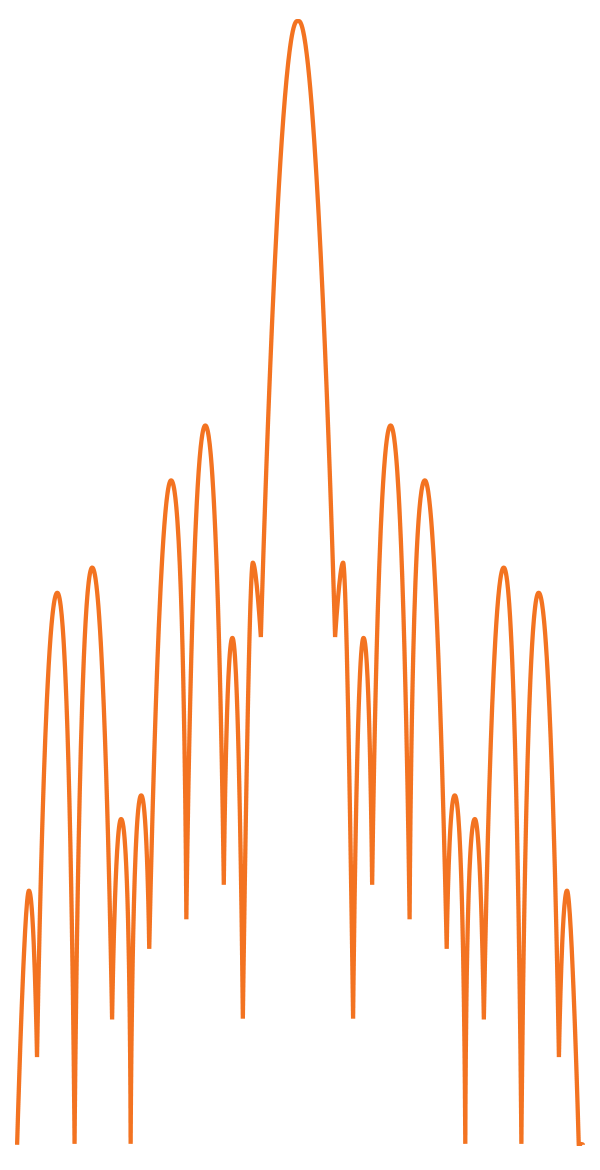 After Hanwha Phasor buyers triumphed in a dog-eat-dog component market and its manufacturing partner Plexus met the shortfall with nothing short of upcycling genius, sometime “Rocker of the Dolomites” and first-class manufacturing engineer Hanwha Phasor’s Alessandro Zentellin witnessed the production of the first PCBs to emerge from a cell dedicated to the production of the company’s revolutionary enterprise-grade, flat-panel mobile satcom antenna.

Zen had never seen a facility outside China like this one. “That facility was a Plexus plant, too,” he observes. “That’s where I saw Industry 4.0 [digital manufacturing] really working.” After visiting some 30 PCB factories in China for previous employers, it is clear he casts the eye of a connoisseur over processes and equipment.

Take the dual-sided Takaya ‘flying’ probe. He is very familiar with this test technology but understands the awed delight of members of the London prototyping team at the output of this world-class test technology. At around 2,000 ‘strikes’ per second, the probe identified faults in PCB components in minutes that would have consumed days of diagnostic man-hours. After the hard yards of the start-up days, they just want to get on and make a resilient antenna in high volumes. Plexus’ capabilities bring that ambition closer.

Chris Cunningham, Plexus’ Rapid Prototyping Centre Manager, highlighted the importance of prototyping with volume manufacturing in mind. “Even at this stage, our mantra is right first time. Processes such as X-ray, product-specific AOI [Automated Optical Inspection] and flying probe tests ensure that each prototype board will power up on the first try, allowing the Hanwha design team to stay on track and avoid needless rework.” 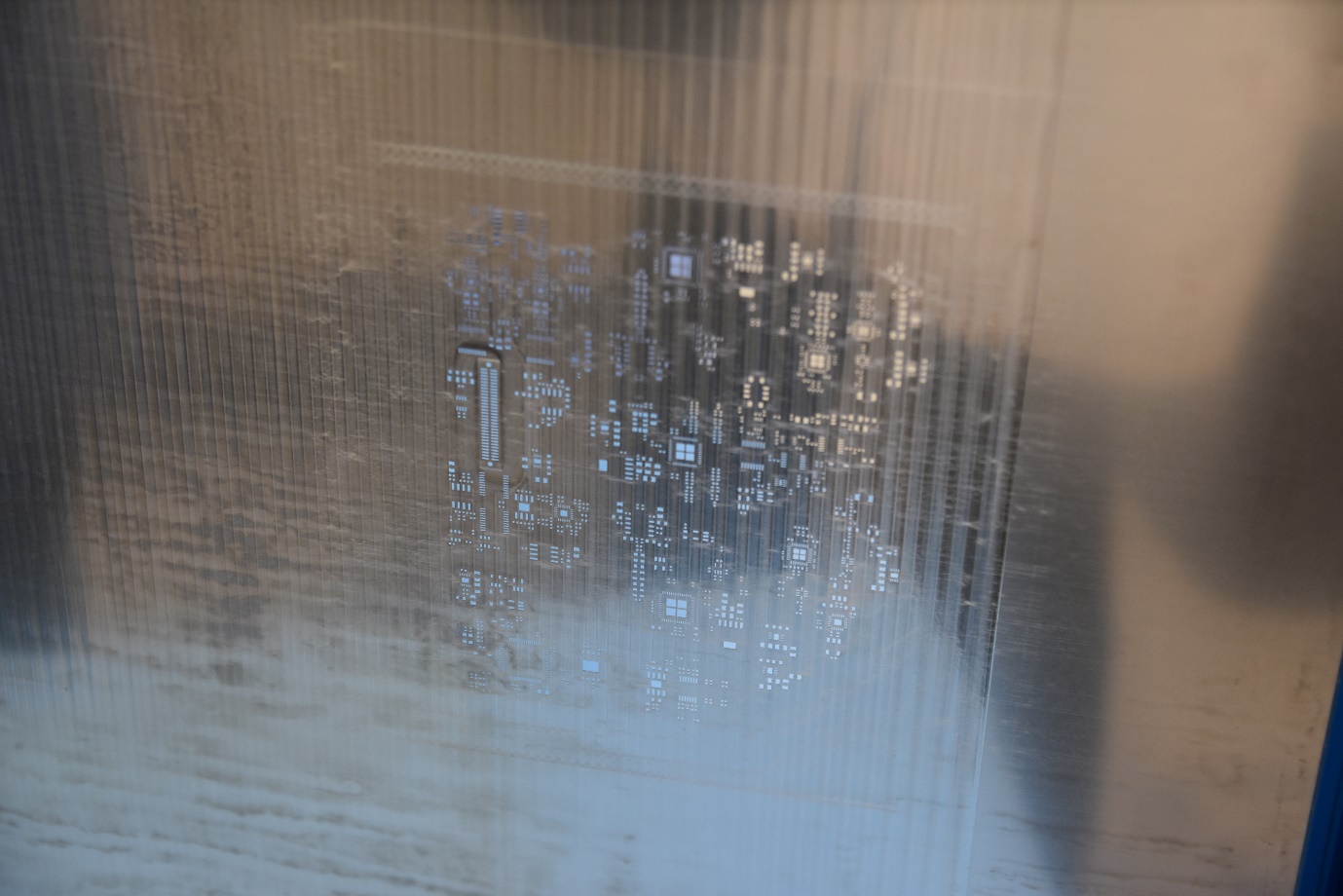 Surface mount technology: solder paste is transfered to a bare circuit board with a laser-cut, stainless steel stencil. 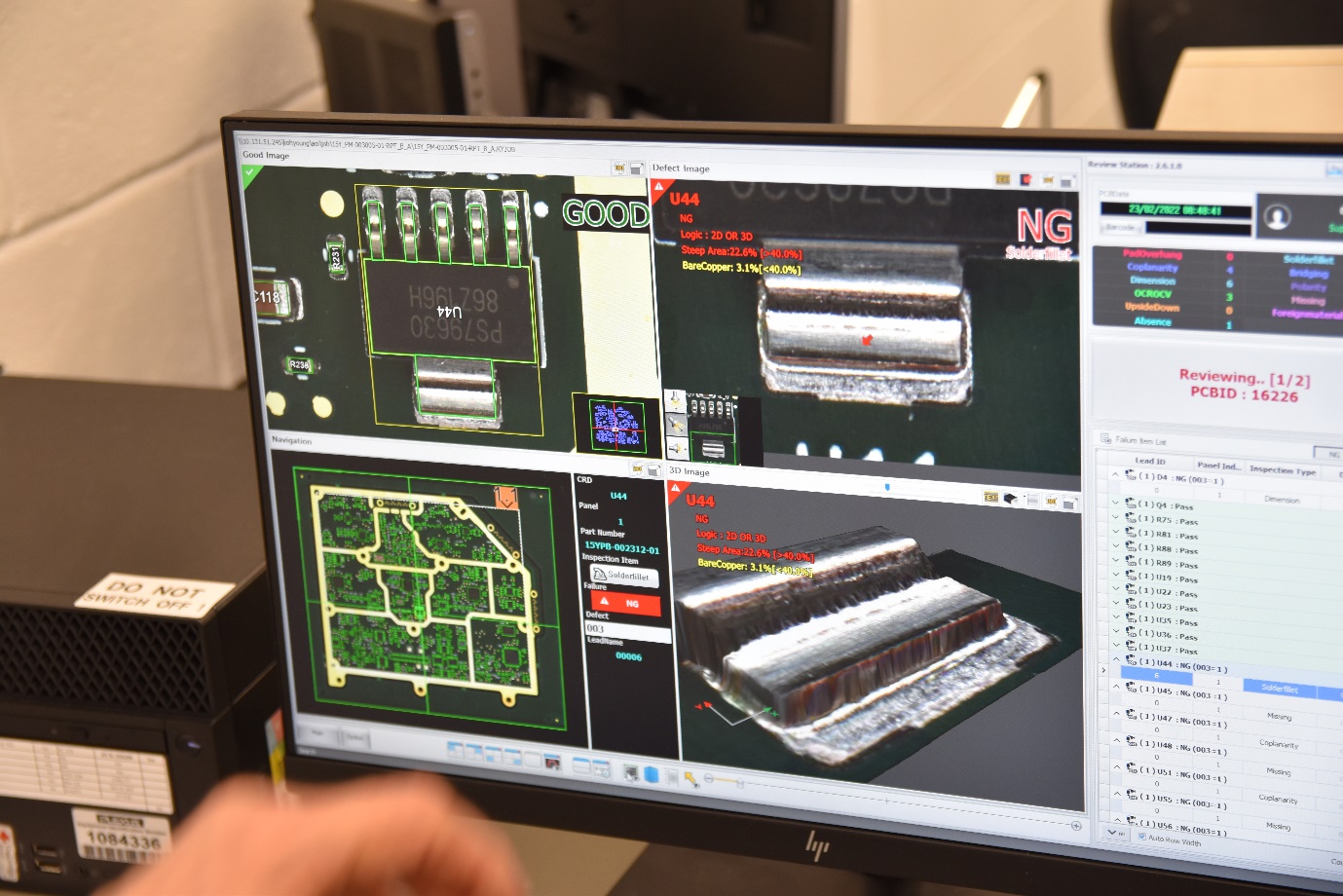 WHILE APPARENTLY SMOOTH ON THE SURFACE, the delivery of the edge modem interface units was a bit choppy beneath the waters. Hanwha Phasor’s Mark Radford, recently promoted Operations Manager, explained: “The state of the component supply around the world is almost impossible. We have always bought a year in advance but Holly [Jones, Senior Sub-contract Buyer] and Vicki [Kooner, Senior Buyer] had to battle for kit and scour the markets armed with credit cards to circumvent 60-week lead-times for this batch.”

The new product introduction team at Plexus met various shortfalls to get the PCB boards built, identifying creative ways of salvaging and reusing parts in short supply and helping to keep the development process on track.

Jim Millan, Senior Project Manager, explains: “We speeded up the timeline and experienced a keen sense of personal satisfaction. We collaborated seamlessly with the Hanwha Phasor team and we tested our ingenuity in overcoming supply chain obstacles not normally experienced in development programmes.”

Hanwha Phasor is now building up inventory with Plexus, which has a well-developed sourcing capability. 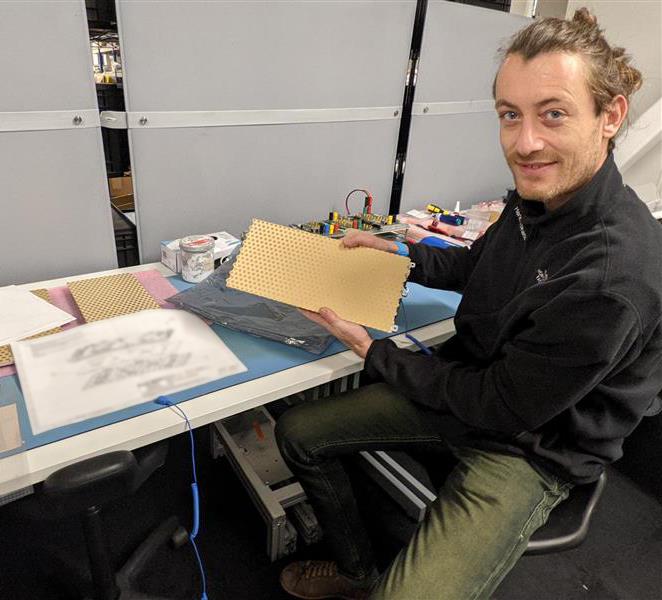 Hanwha Phasor Manufacturing Engineer, Alessandro Zentellin building an M6 module. Nostalgic for his father’s machine shop, he says: “the best way to build anything in the most controlled way, is to start by building it yourself.”

ZEN’S TASTE FOR ENGINEERING SOPHISTICATION was formed early. After reading mechanical engineering at the University of Padua, he joined Vitec, a leader in photography equipment. “It was my best job – ‘til now,” he grins. A series of increasingly senior roles in quality and production followed in Italy at high-tech sliding mechanism designer and manufacturing Bortoluzzi and the global industrial engineering concern Thyssen Krupp. Overview, a small business in London specialising in surveillance cameras, came close to the Vitec vibe. Zen: “Like Hanwha Phasor, family-sized, making beautiful products.”

Eight years on, when Overview relocated outside London, he moved to a large aero, defence and energy business in the capital’s southeast, where the focus was on actuation. After three years, he became restless. “I didn’t know anything about RF and my particular role at Hanwha Phasor didn’t require me to, but I like to learn new things – and I learn new things every day here.”

The hills are alive

This is the first time he has worked in central London. The EC1 postcode covers an intriguing mix of fintech, professional services, artisans, craftspeople, banking (and great pubs), spread out over a mediaeval footprint. He is a stone’s throw from one of the oldest Italian delis in town but it is the capital’s music scene that does it for Zen – he is a musician with his own recording studio at home. Before the pandemic, Zen and fellow band members had hand-built a 50KW sound system and brought Dolomites-flavoured dub to London, acquiring a name in reggae circles here and at festivals across Europe.

He emerged from his Plexus visit on a high. He knows world-class equipment and streamlined processes are critical (and there was plenty of that) but he is equally interested in people. “The Plexus team are nice and happy and proud of what they are doing for us. I loved the whole experience of meeting them.”

To extend the feeling that all was good with the world, he indulged another of his passions. Visiting record shops wherever he goes is a standard operating procedure. “It brings you to interesting places and good people,” he enthuses. In Edinburgh, he found Backbeat Records – reputed to be packed with 65,000 LPs. He emerged with just one vintage vinyl – Love by the Twinkle Brothers. The restraint of this acclaimed ‘Rocker of the Dolomites’ was remarkable. 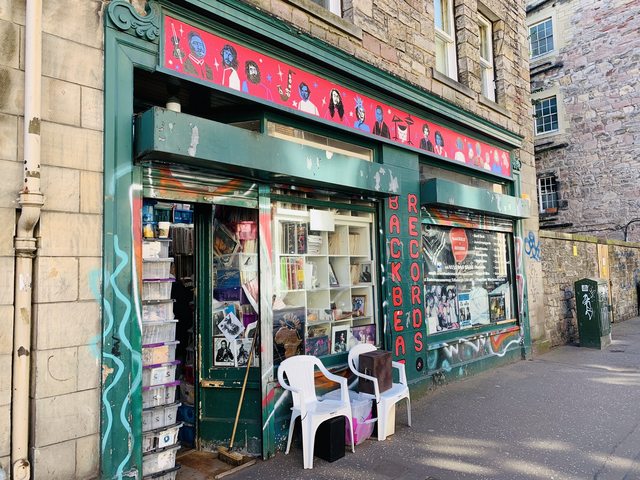 Back to Advantage Antenna

For further information on how to future-proof your satcom solution, contact us here