From cheese salt to satcom – an antenna odyssey 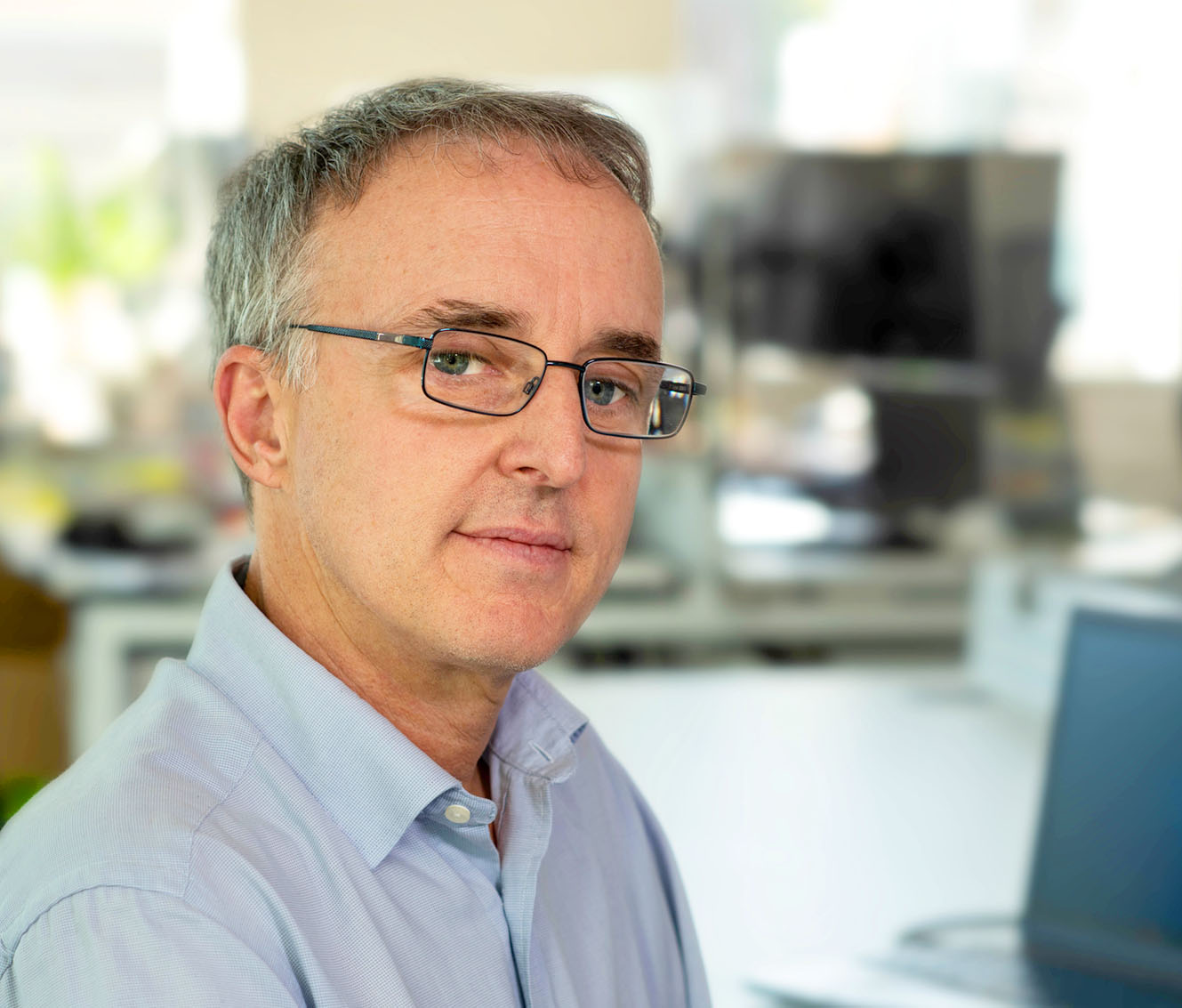 Expert in RF, microwave and antenna design for aerospace, with strong team development and leadership experience, serving Cobham and Chelton for 22 years, nine of those as Chief Engineer. He focused on design for manufacture, test, reliability and cost, delivering conformal antennas for a fighter jet, a national emergency communication system, GPS antennas for a combat helicopter and GPS anti-jam systems for missiles, UAVs, military transport and anti-tank combat helicopters.

How do you go from measuring the salt and water content of cheese to stopping Dreamliners from colliding in mid-air? Adrian Green became a world expert in antenna systems by solving these and many other challenges. The former Cobham Chief Engineer has joined us for what could be the biggest yet.

Measuring the dielectric permittivity of cheese at a government science and industrial research institute in New Zealand may seem worlds away from mobile satcom but for Adrian Green it was the start of a 30-year journey into the design and manufacture of advanced antenna systems.

“We were looking into microwave sensing to provide non-contact measurements of the moisture in cheese,” explains Green. “It was an interesting mix of Maxwell’s equations, a natural product and waveguide measurements.”

After a brief spell working on microwave amplifiers for radar, he moved to Chelton, part of global aerospace manufacturer Cobham, to focus on antenna systems. For the next 20 years, he led projects involving many complex technical challenges.

“We had just six months to develop a new antenna. We made mistakes, of course, but squeezed seven design iterations into that schedule”

One of the toughest was designing a multi-functional antenna for an integrated surveillance system for aircraft including Boeing’s 787 Dreamliner. The system allows the aircraft to interrogate surrounding aircraft and transmit its ID and location continuously, enabling critical safety functions including air traffic control and collision avoidance.

Unlike its forebear, which had a passive antenna, it required built-in beamforming functionality. Further, as it had to function in omni-directional and directional modes and to calculate the angle of incoming traffic, this imposed a challenging set of antenna pattern requirements.

“You have to test every single one, which is expensive. When I joined the team, we had just six months to develop a new antenna. We made mistakes, of course, but squeezed seven design iterations into that schedule.”

The current design – used on all 787s and many 777s – comprises four radiating elements fed by a Butler matrix beamforming network, with integrated switches for the different modes and four output ports, one for each direction when ‘omni’ is not activated.

Green placed strong emphasis on design for manufacture (DFM) throughout the process. “That was probably as significant a requirement as functional performance. There’s a big difference between a working prototype and a volume product. Cobham has been making around 500-600 of these units a year and still does. Its success is down, in part, to our diligence in this area.

“Sensitivity analysis using simulations enabled us to tighten up manufacturing tolerances, where affordable, to ensure the design is highly repeatable for the high production yield required.

“We also changed the PCB material to allow thicker track widths to reduce the impact of etch tolerance. And we made sure the board design was balanced to minimise warping.”

Turning the project round swiftly and successfully helped earn Green the role of Chief Engineer in the Antenna Systems Group. He particularly enjoyed developing the team.

“Individuals do the detailed, brilliant design work but it’s pulling together that makes a product work reliably in aerospace” 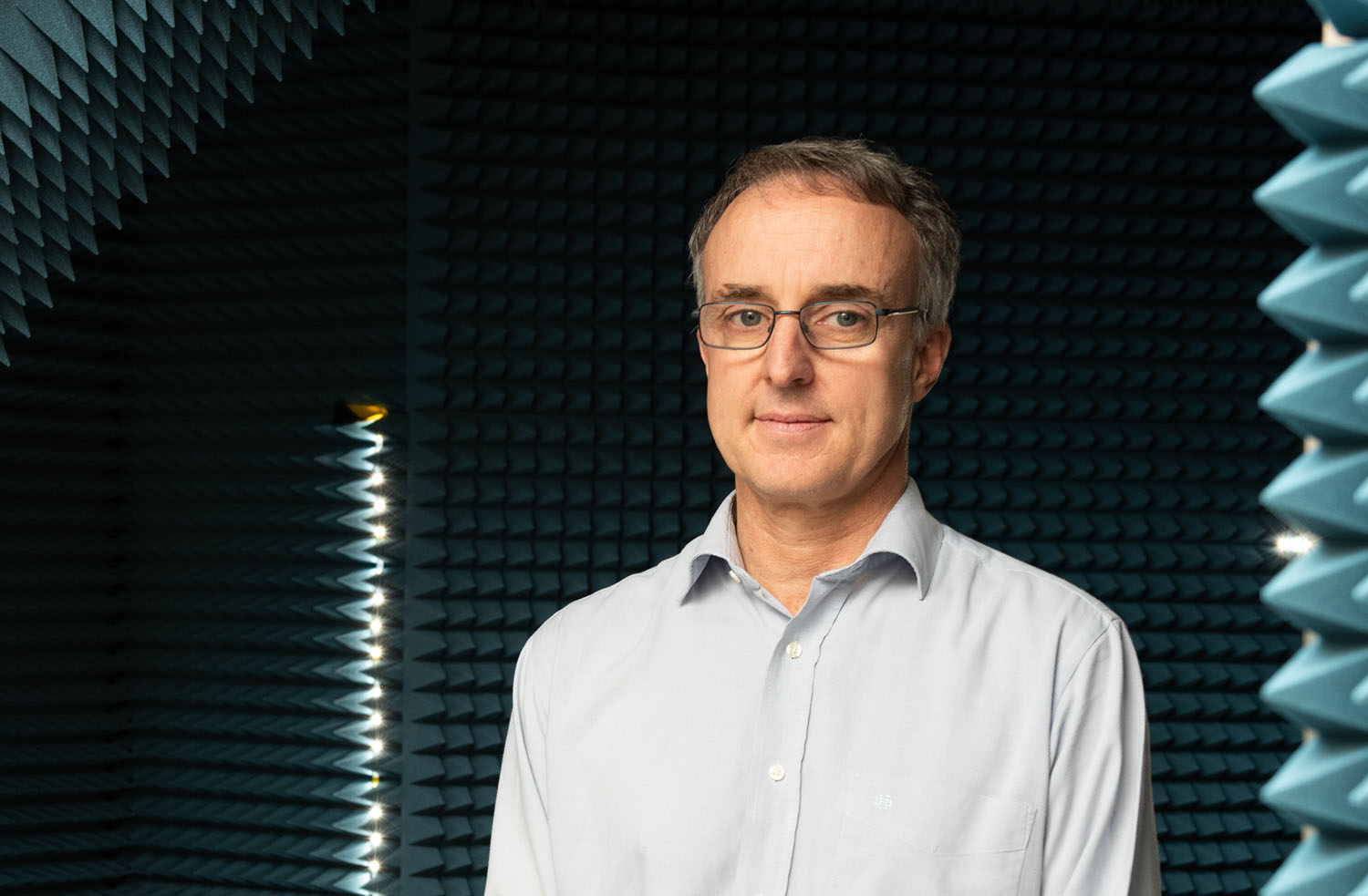 Green was twice awarded the Sir Alan Cobham Award for teamwork. “There’s no chance of conquering the complexity in our field without a good team. It is individuals that do the detailed, brilliant design work but it’s pulling together that makes a product work reliably in aerospace.”

And that’s where the greatest job satisfaction lies for him. “One of the signs of good teamwork is when more senior, experienced people mentor and train younger people.

“A second is when everyone understands that, whether senior or less senior, everyone has unique skills and backgrounds, which is all beneficial.”

The third is when interdisciplinary activity takes place as standard. “It is critical that different disciplines work together to understand all facets of a problem, of which there are many in airborne antennas – electromagnetic, and functional aspects, software, environmental.

“You need to get people out of their silos to understand the wider picture. I always wanted our antenna engineers to understand all the environmental requirements, because they would then design much better equipment. If cross-functional working happens, you will be successful. If everybody sticks to their discipline, you won’t be.

“Creating a team of specialists and experts in this field, developing talent, helping others do things they didn’t know they could, is hugely satisfying.”

And where does he start? “Mentoring, coaching, performance reviews, development plans … these activities come first. It’s the only way to get the consistent high performance you need to succeed at the cutting edge.”

There were plenty of tough technical challenges for the Cobham team to get stuck into.

ONE OF THE MOST DEMANDING was developing a set of fully conformal antennas for the [Korean] KF21 Boramae fighter jet. The brief covered communications, navigation, surveillance and data links and, later, anti-jamming.

The communications element required a novel, tuneable antenna for V- and UHF. “That was a world first and very challenging given the limited space available and the relatively low operating frequencies. I was able to contribute too, with the concept of a dual aperture antenna to replace separate units for Identification of Friend or Foe and the Electronic Training System. This reduced the total platform aperture count by two which was a feature of our bid and is now the subject of a UK patent filing.”

Again, he had an eye for DFM. “Bringing down the weight was important but so was simplifying production, assembly and maintenance.”

“One of the signs of good teamwork is when more senior, experienced people mentor and train younger people”

THE ANTI-JAM SYSTEM WAS A FIRST for Cobham too. Alongside the null forming approach used on earlier products, it used a beam steering algorithm to enhance signal reception.

“The first test flight, which included our fully certified hardware, was in July [2022] and I’m very proud to say the feedback was positive. The Koreans think and invest long-term. That’s a huge help when you’re trying to tackle a tough challenge innovatively. One of the reasons I came here is that I believe Hanwha shares the same approach.”

ONE OF HIS LAST MISSION-CRITICAL PROJECTS with Cobham was developing a triple-band communications antenna system for UK emergency service helicopters and aircraft.

“They are moving from a bespoke TETRA network to commercial LTE and Tetra combined, so they need a hybrid solution. Given the critical nature of the service, high performance and reliability are essential.”

On the receive side, the radios are Multiple Input Multiple Output (MIMO) but not for transmit. As a result, there’s a risk of dropping the signal in some directions when a long way from the base station.

“The solution has a diversity scheme to help improve performance in these situations. The simulation required to develop it was a huge task and the design solution required some processing on the ground but the concept was sound and we won the bid.”

In each project, Green relished leading a team of specialists to solve a complex technical challenge and manufacture a useful product.

Post-pandemic, Green felt it was time to change tack. He had worked in established companies for over 25 years, with mature product ranges and processes. His interest in Hanwha Phasor was piqued by the prospect of becoming involved in the early stage of a brand-new product based on advanced technology. “I wanted to work on more complex systems with multiple design aspects.” Our highly complex phased array – the interaction between software, hardware and what it takes to track to a satellite – did it for him, as did proximity to the space industry.

He is eager to see this product development cycle through to launch with the inevitable ups and downs but he is confident. “Aerospace is a new operating environment for many on the team. It is unusual to have to place so many electronic components on the outside of an aircraft in a relatively unprotected environment. However, with the balance of expertise on staff who know aerospace, satcom and phased arrays and a healthy dose of perseverance from our very committed team, we will succeed.”

He is enjoying the culture of the business. “There is a get-on-and-get things-done attitude, low bureaucracy, a good balance of youth and experience and the all-important financial backing from a supportive owner.” And he is enjoying central London. “Many engineers are used to working in industrial estates in regional towns. Our offices and prototyping facilities are full of natural light with views of some of the City of London’s iconic buildings. The horizons are broad.” It could be a metaphor for Hanwha Phasor’s open-minded, free-thinking culture itself, which is one of its most attractive features.